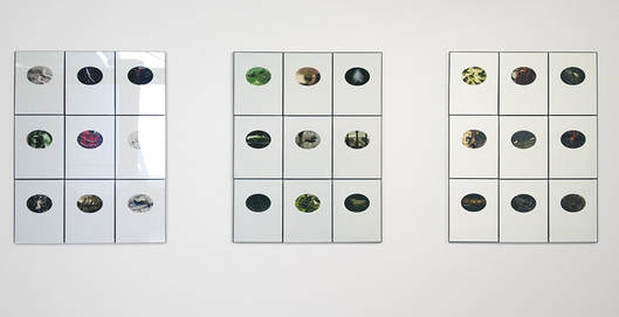 While each of these minimal scenes caught my eye I was also interested in creating a kind of odd reverberation within each image, and to create a kind of syntax building from one image to the next. Some of these images are not manipulated, some are.  The superimposition of the same image, off register or slightly blurred was enough to nudge these objects away from their specificity into a different realm – objects or scenes imagined, remembered, and re-examined. The images might recall 19th century photographs where lenses often produced soft focus and film latitude and speed produced images with blown out highlights or unintended movement. During this era the viewer pardoned these flaws, often correcting them mentally, while now I think the viewer is more likely to value them as echoes of our flawed human vision. Vignetting outlines were common in 19th century photo presentations, not only as a way to camouflage defects in a plate, or compensate for lens coverage problems, but also to move the image toward a kind of ornamentation.The horizontal oval shapes of my images limit the view of the scene, much as if looking through a peephole, the oval acting as both focuser and barrier. The act of looking is transformed into that of peering into a scene as an outsider.